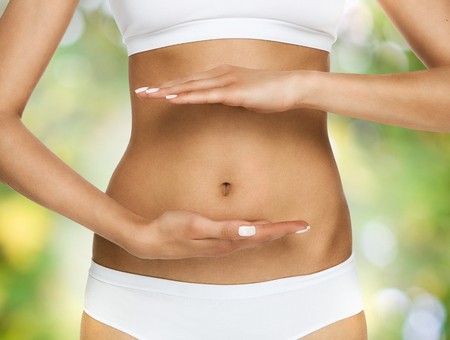 What can CoolSculpting do for you?

Fat cells can be permanently destroyed by cold temperatures. It’s a scientific fact.

The technology behind CoolSculpting was developed by medical scientists at Harvard University and the world-renowned Massachusetts General Hospital. CoolSculpting is an FDA cleared, noninvasive procedure which uses extreme cold to permanently destroy fat cells almost anywhere in the body. It’s not surgery, and there’s no downtime. When used properly and on the right candidates, CoolSculpting can provide long-lasting body contour improvements. It’s an excellent option for patients who want to achieve a slimming effect without invasive liposuction. And the Coolsculpting cost is less than the cost of Liposuction

Much like liposuction, CoolSculpting is best used on diet and exercise resistant pockets of fat. Areas where, despite our best efforts, fat seems to accumulate almost effortlessly. Are you generally fit, have reached a stable bodyweight, yet still have “problem” areas you’d like to get rid of? If you’ve reached a fat loss plateau, there’s a good chance CoolSculpting can help.

CoolSculpting is designed specifically to treat traditional problem areas. These include:

CoolSculpting for the chin and neck:

One of the primary benefits of CoolSculpting is the ability to treat very small areas. It’s particularly useful in regions containing smaller amounts of fat which may not require a full-fledged liposuction procedure. Fat deposits of the chin and neck, commonly known as a “double chin” or “turkey neck,” are perhaps the best examples.

The CoolSculpting system is highly adjustable and treatment for this area is essentially no different than the treatment of any other region. First, both the fat deposits and the overlying skin are suctioned into the unit’s treatment chamber. The tissue is then exposed to very short periods of extreme cold. This takes advantage of the fact that fat deposits are damaged via this intense cold before the overlying skin. In the weeks following your treatment the damaged fatty tissue is naturally passed from the body.

Put simply, many smaller areas contain too little fat for liposuction to be “worth it.” If this is the case it’s likely that CoolSculpting can deliver comparable results without more invasive liposuction surgery.

CoolSculpting for the upper arms:

Another smaller area that’s ideally suited to CoolSculpting is the upper arms. These saggy, baggy fat deposits, unflatteringly known as “batwings,” are very close to the surface. This makes these deposits excellent candidates for CoolSculpting.

If any of the above has peaked your interest then you’re in good company. Many of our patients are interested in liposuction for their smaller problem areas. They’re also convinced that liposuction is simply too much procedure for the job—and they’re probably right. If this sounds like you then CoolSculpting may be your best option. The first step is a free, no obligation consultation. Call the Advanced Liposuction Center in Cranberry today at (724) 683-7581 to book yours. Evening and weekend appointments are often available.

During each session, some of the fat cells in the area are damaged beyond repair. In the following months, these frozen cells are absorbed back into the body, never to return. This results in a gradual slimming, toning effect that isn’t achievable with any other competing treatment. Most patients see the bulk of their results during the first eight weeks, yet results can continue to develop for up to six months.

CLEARED BY THE US-FDA (Food and Drug Administration)

Developed by the Massachusetts General Hospital’s Wellman Center for Photomedicine, CoolSculpting is the only cold-based therapy for fat reduction cleared by the FDA. The treatment uses controlled bursts of extreme cold to terminate subcutaneous (beneath the skin) fat deposits. This fat-freezing technology is safe, comfortable, and effective on nearly any area of the body. It’s tough on stubborn fat, yet surprisingly easy on the body.

Each treatment takes about 1 hour. Patients typically report a sudden burst of cold, followed by a sensation of pressure. The treatment itself isn’t uncomfortable, with many patients even falling asleep! Most use the time to get some reading or a quick bit of work done. 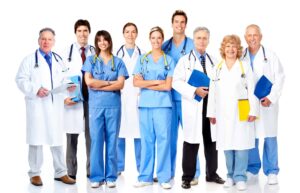 At Body Beautiful Laser Medi-Spa, all of our services are delivered by certified laser technicians, Registered Nurses, and Physician’s Assistants. Our facilities are overseen by supervisor / practitioner MD medical directors to ensure the highest quality and safety.

The CoolSculpting system delivers precisely targeted cold therapy to safely target unwanted fat deposits beneath the skin. By design and through several safety features, the skin itself remains unaffected.

Before using the CoolSculpting system, practitioners must undergo a closely monitored training and certification process. These treatments are only performed in medical offices under the express supervision of a medical doctor.

The CoolSculpting device itself is equipped with both active and passive safety measures. If sensors detect that the treatment temperature is too cold, or if too much time has elapsed, the machine immediately powers off.

Want to learn more about CoolSclupting?

While CoolSculpting is a safe and effective option for most people it isn’t for everyone.   Not everyone is a good candidate for CoolSculpting, so scheduling an initial consultation is a must. It’s the start of a journey to a leaner, more toned, more confident you.

You’ll sit down with a CoolSculpting provider, who is usually a medical doctor, physician’s assistant, or a registered nurse. They’ll tell you about the process and answer any questions you might have. A focused medical history is then taken to find out if CoolSculpting is likely to be a safe, effective option for you.

At this point you’ll discuss your problem areas and exactly what you’d like to accomplish. You and your provider will view your body from various angles and develop a treatment plan. During the following visit’s you’ll receive treatment. It’s really that easy.
Everyone’s body is slightly different—your treatments will be tailored specifically to yours.

No two patients are exactly the same. This means that there’s no single “cookie cutter” treatment plan. Everyone has different problem areas, goals, and fat deposits can vary greatly in size. The CoolSculpting system has different settings and treatment attachments so plans are very customizable. Based on your provider’s expertise you’ll develop one which addresses your precise needs and is perfect for you!

Many patients find that several CoolSculpting treatments get rid of stubborn fat they’ve been bothered by for years. While you’ll certainly see results with a single treatment, you’ll most likely need two to three per area to achieve optimal, permanent results. Oftentimes patients have multiple areas treated. Depending on your facility’s CoolSculpting equipment it’s often possible to target several areas in a single session. When compared with the expense and downtime of traditional liposuction CoolSculpting is the obvious choice for many.