Here’s a bit of a different question. Why can’t I keep getting liposuction on the same area, over and over? Or can I? 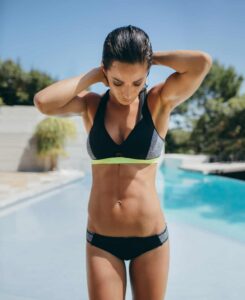 When a patient’s love handles come back why not just get more lipo? More generally, why can’t liposuction take the place of diet and exercise completely?

Dr Giraldo: This is turning into a lively little interview. A liposuction redo would be a bad idea, for several very good reasons. First and foremost you’re going to get internal scarring. It’s going to get more and more difficult to access the fat. After awhile you’d be forced to try and physically remove scar tissue and fibrous tissue to make the procedure work. It would become more an more technically challenging every time. Not to mention what you’d be doing to a patient’s metabolism, hormonal balance, thermoregulation, all of it.

I try to never do repeat procedures

I try to never do repeat procedures, but I have a hard time telling patients to go elsewhere when I know I have the skills to help them recover from a bad job. I’ve done revision surgery – taking a bad lipo and trying to improve upon it. Believe me, it’s not easy.

It’s an interesting question though. You could technically remove about 90% of the subcutaneous and visceral fat from a person’s body. And what you’d have would be a pretty sick patient.

Repeat liposuction is a bad idea. It isn’t healthy, for sure. But it also doesn’t look good. There’s a good chance of getting the dreaded “lumpy-bumpy” look. We’ve all seen celebs with bad lipos. You’re much more likely to get that with a second procedure. I’ve never met anyone who’s had more than two lipos on the same area, but they’re out there.

I’ve done my share of revision surgeries. It’s difficult work, and it’s not my favorite. I strongly, actively discourage patients from doing this.

Yes. Re-dos aren’t my favorite. I’ve got to say something about realistic expectations here. Safety in number one. When people come in for liposuction, after I determine if it’s safe to operate, the second most important thing is developing realistic expectations. You have to explain to people so that they understand exactly what liposuction can and can’t do. I’ve seen patients come in for a re-do of what I recognize as an expert job. To them it’s just “not enough.” I’ve seen patients come in that had too much removed–way too much. I don’t blame these people, not one bit. It’s a failure of education.

We’re in a profession where there’s pressure to say yes. Sometimes it’s better to say no. It’s the kind of thing where patients aren’t happy, but they’d thank you if they knew what you know. We did take an oath to act in these people’s best interest, you know.